De Keyrel Racing was invited by Alex Berge to race a crit bicycle race in his home town of Clear Lake Iowa. The race was part of the Bikes, BBQ and Blues Festival. 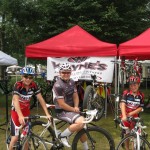 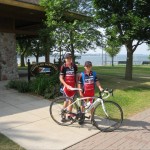 This would be the first time for Kaleb and Mason to even see a crit race. They did not even know what one was. All Alex told them was bring your road bicycles. 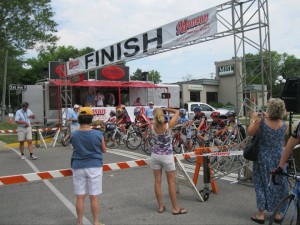 Mason got out front and was setting the pace early off. Kaleb decided to take the lead from Mason and an Iowa racer followed. Kaleb set a pace and the other race settled in behind Kaleb with Mason still in third. If Kaleb slowed down the other racer slowed down not wanting to pass. With the race being only 20 minutes Kaleb started to push to see if the other rider would go with him. They had lapped the entire field of racers except Mason. The officials misjudge the pace of the race and gave the racers three laps to go at the 11 minute mark. Kaleb and the other racer had still not caught Mason starting the last lap. Kaleb was still leading and picked the pace up even more. On the uphill the other racer started to pass Kaleb. With ½ a lap to go both racers we at a full sprint. Rounding the final corner was Kaleb and the other racer side by side with Mason directly in front of them. They crossed the line with a photo finish. The other racer, Kaleb and Mason just behind. By Lapping Mason they had lap the entire field. 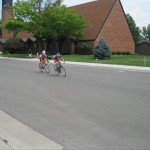 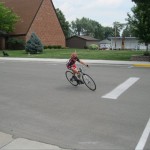 It was a great day with Mason finishing second overall in the race and dominating his class for 1st. Kaleb fought hard, had fun and learned allot. Thank You Alex Berge for the invite. 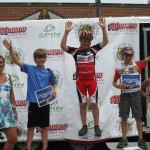 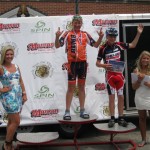